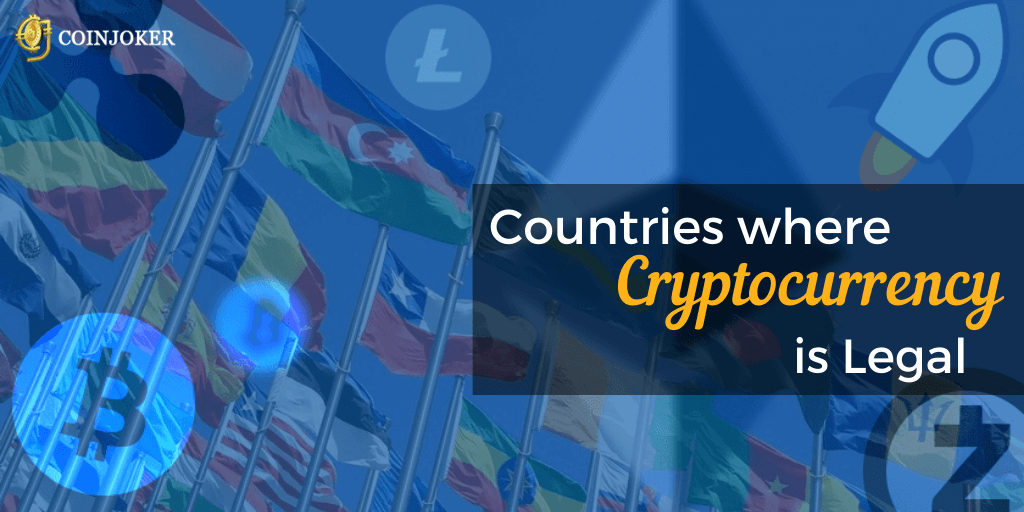 Countries Where Cryptocurrency is Legal - 2020

Cryptocurrency development is building a New Economy. It will allow people to send, receive, and to trade on the cryptocurrency platform. While 2019 was a year of exceptional growth which witnessed a major spike in Cryptocurrency awareness!!

Following the cryptocurrency market boom of 2019, a large number of countries began to take notice of Bitcoins much more than ever before. Many countries with major speculation, regulations are in a race to become crypto-ready!

As of 2019, a large number of countries have set up legal regulations on cryptocurrencies. However, there are some countries that have been lenient towards this currency of the future and have given it legal or quasi-legal status.

Let us take a detailed look at Cryptocurrency legal status across various countries,

In feb of 2018 itself, the Malta Government has created a new Malta Digital Innovation Authority on a exclusive regulatory framework for Cryptocurrency Business. This Malta Digital Innovation Authority pursue to certify the blockchain platforms used by companies and also to improve the verification processes for crypto traders on the platform. Malta's Prime Minister has mentioned that Malta's aim is to become "global trailblazers in the regulation of blockchain-based businesses and the jurisdiction of quality and choice for world class fintech companies".

The Light Taxation policies of Bermuda extends to bitcoin and cryptocurrencies in general.Bermuda's financial regulator, the Bermuda Monetary Authority(BMA) Published a paper regarding its proposed "regulation of Virtual Currencies" which is known as the Virtual Currency Business Act(VCBA). The largest cryptocurrency business taht ties with Bermuda is Binance. The CEO and founder of Binance has signed a memo of understanding with Bermuda’s Minister of Finance on 2018 itself.Thus Bermuda aims to implement anti-money laundering(AML)to provide  userfriendy and reasonable framework for Cryptocurrency businesses.

The major town of Switz, Zug has been nicknamed as "Crypto Valley" which have passed some progressive laws regarding cryptocurrency and its related business, even bitcoins are accepted as a payment for utility bills.

ICOs will be regarded as securities within Switzerland, according to regulatory guidelines passed by the Swiss Financial Market Supervisory Authority. Although in Swiss no license is required to send or receive Bitcoin, companies must comply with Swiss anti-money laundering (AML) legislation.

Singapore is one of the most popular Asian nation when it comes to cryptocurrency users as it has shown a open approach towards cryptocurrencies. In Singapore, all cryptocurrency trading need to collect their users verified and collect personal information from them.

HongKong is a Special Administrative Region of China which has its own currency, the HongKong Dollar(HKD), that has lot of trading volume. However the income tax will still apply whether a business is receiving HBK OR BTC. The Bitcoin Asoociation of HongKong described the region as having reliable,predictable and hands-off regulations. This regulations are seems to be simpleand clear.Thus Bitcoin is categorized as a virtual commodity rather than a currency.

Germany is most supportive when it comes to cryptocurrencies; it is considered legal but taxed differently depending upon whether the authorities are dealing with exchanges, miners, enterprises, or users. Cryptocurrency had long been accepted in Germany as “private money.” This new classification means that cryptocurrency may be considered as currency for purposes of taxation and trading.

Japan is the most passionate country when it comes to the legality of cryptos. This country has shown an active interest in the cryptocurrencies at the forefront of adoption, legalization and integration. Japan is home to a number of crypto exchanges and the country isn’t very strict. It was the first country in the world to approve Bitcoin as legal tender.

Similar to the US, Canada too is also quite open and positive in adopting cryptocurrencies as an alternative form of payments in the future. In Canada, cryptocurrencies are classified as a commodity. Legally, this means that all transactions in cryptos in Canada are legally termed as a barter trade. These cryptocurrencies generated income in Canada is basically ‘business income’. Apart from Bitcoins, Canada is also high on the blockchain technology and has begun implementing it in some government departments. Canada government also wants to ensure whether the Anti Money Laundering laws are strict when it comes to cryptocurrencies.

Other Countries where Cryptocurrencies are Legal,

If you are a Business Enthusiast who wants to start any of cryptocurrency-related business/startups in any of these above countries, you can contact us. We Coinjoker - Cryptocurrency Exchange and blockchain development company with 8+ years of experience in developing cryptocurrency exchange platforms,ICOs and Blockchain related Projects in low cost and budget. We provide topnotch and dynamic exchange software development solutions with latest security features and addons.

Fill out your requirements in the below form !!!