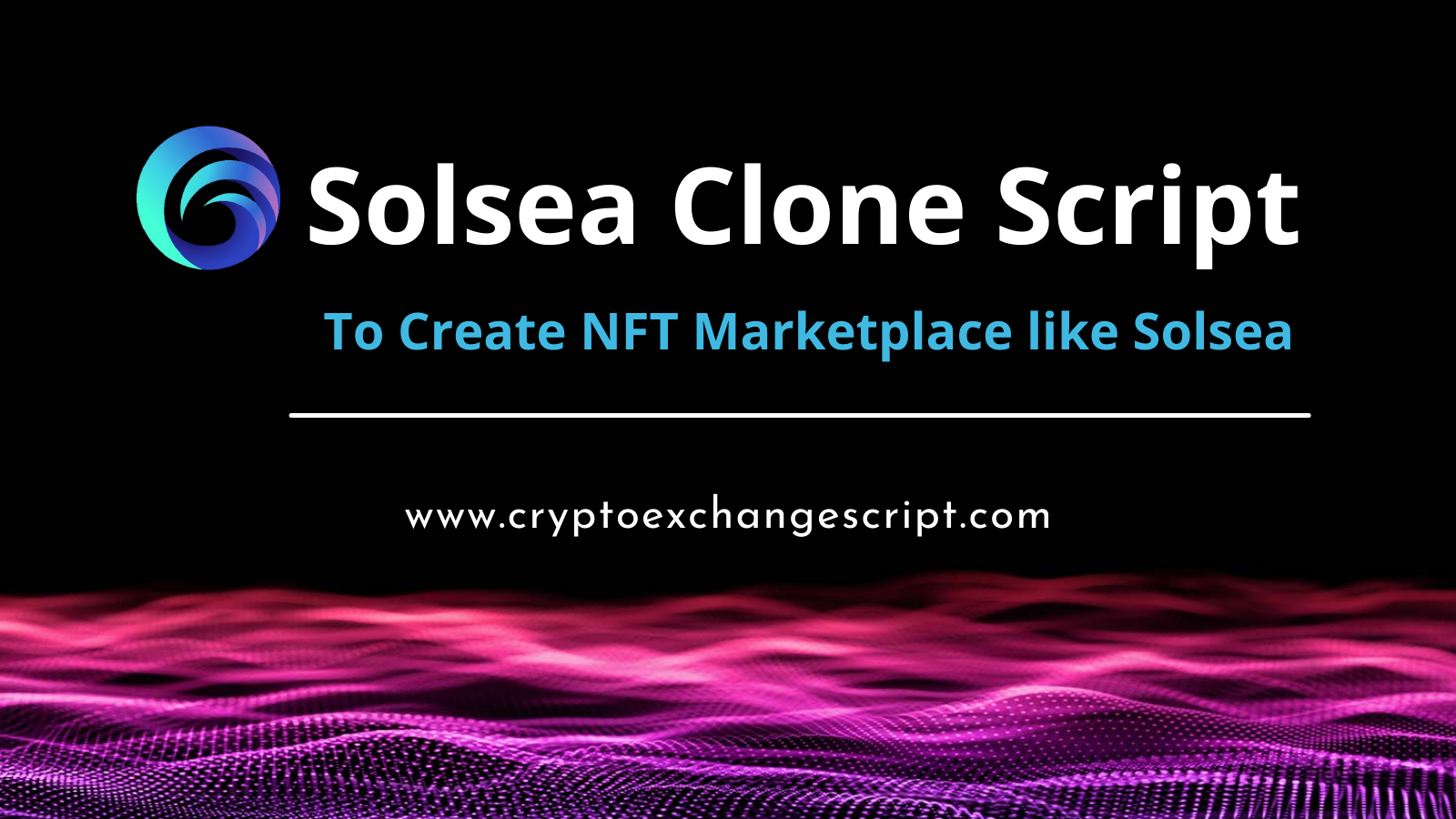 Solsea Clone Script is a NFT marketplace clone script that allows creators to embed copyright licenses in NFTs on Solana blockchain that is identical to the popular Solsea NFT Marketplace in terms of features and modes of operation. The Solsea clone Script is a White Label NFT Marketplace that enables customization. The NFT marketplace is being developed on a variety of blockchain networks, including Ethereum, Binance Smart Chain, Polygon, Solana, and others.

Coinjoker a Superior NFT Marketplace Development Company offers solsea clone script as ready-to-deploy and white label NFT solutions build NFT minting platform on solana blockchain. We offer a solsea clone script that enables you to customize the operations of NFT solutions as you desire. Solsea Clone is 100% customizable so you can append features as per business requirements.

Get A Free Live Demo of Solsea Clone Script

Solsea is a cryptocurrency Marketplace where you may buy and sell Non-Fungible Tokens. Users can not only purchase and trade digital treasures on this site, but they can also ingrain licenses for each digital collectible. This open-source platform is built on the Solana blockchain network, which is a strong competitor to Ethereum and Bitcoin.
Interestingly, when compared to other Ethereum and Bitcoin-based marketplace platforms, Solsea offers a distinct advantage. You will learn more about those advantages in the following sub-sections.

With a number of new NFT initiatives recently launched, the Solana ecosystem has undergone significant growth. Members of the community that require a secondary market for all NFTs produced in the Solana ecosystem have requested an open NFT marketplace. We believe that new communities of NFT innovators will only be able to thrive in an open market. The backbone of Solsea, the Solana blockchain, will have the ability to attract a large number of NFT enthusiasts interested in taking advantage of its new licensing rules, low transaction costs, and fast speeds.

How Does Solsea Clone Work?

The user's initial step is to connect their wallet to Solsea. Wallets such as Phantom, Solflare, and Sollet are supported by this platform.
Now is the time for creators to begin uploading their digital assets in the required format.
After that, they must mint their digital assets, which entails adding titles and descriptions to them. They can also employ the bulk minting feature, as previously stated.
Creators can list digital assets after the platform validates their identity after minting.
Of course, as soon as purchasers exhibit a desire, they will engage in trade.

NFTs with a license

The advantage of this solsea clone is that it allows users to integrate licenses into their NFTs or digital collectibles. It's also the only platform in the industry that offers this licensing feature right now.

This network allows for both public and private NFT listings. If creators want to sell their digital treasures for a low price to a buddy, they can do so anonymously. Otherwise, they can choose the public listing option, which allows any of the platform's purchasers to purchase the collection.

Users can perform both listing and sales in Solsea using a variety of currencies (token standards) such as SOL, USDC, SRM, and others.

The 3D view of anything will be appealing in general. There is a feature in an NFT marketplace like Solsea for viewing digital collectibles in 3D format.

NFT creators that join up for this platform will be able to produce a large number of digital collectibles at once. Because the platform is powered by Solana, a huge number of NFTs can be produced quickly and easily.

Get A Free Quote for Solsea Clone Development

How Coinjoker makes the Solsea clone script is Unique?

Some of you may be wondering why we chose the name SOLSEA, which is similar to its big brother OpenSea. This is due to two key factors. To begin with, it creates an immediate mental image of what is behind the name. On Solana, there is no doubt that there is an open NFT marketplace. It's easy to remember, and it's easy to recall.

The second reason is that the sea is a fantastic and well-known notion in the permissionless NFT market. Because a large number of Solana project names begin with Sol-, it made sense not just to integrate it into the existing Solana community, but also to promote the Solana blockchain by including  Sol in the name.

Coinjoker believes that using SEA as the major image behind the concept of open NFT access might also work well in a larger community on other chains, such that openness and freedom become a motivation and driving force for all NFT authors, regardless of whatever chain they use to market their work.

NFTs minted in the Solana ecosystem sparked a desire for an open-source NFT marketplace, which gave rise to Solsea. Solsea is the first-ever NFT Marketplace built on Solana by All-art protocols, which also supports integrated Rarity, FTX-pay, licensing, and many other features.

According to All-art Protocol's official blog, it may resemble Opensea, but they are convinced that this open-source marketplace promotes freedom and expands the community's reach.
Solana blockchain, which is currently the solid backbone of Solsea, is quickly establishing itself as the superior blockchain. Many new blockchain initiatives are being developed every day, giving Solsea more weight.

Solsea is more than just the NFT Marketplace; it contains a plethora of unique features and functions, including as

Why choose Coinjoker to build an NFT Marketplace like Solsea?

The complexity of the construction of an NFT marketplace is determined by a number of factors. However, if you use a clone script to build your marketplace, the complexity and time required will be reduced.

Coinjoker can assist you in launching a well-developed Solsea clone script, which will be white-labeled before going live. One of the most important benefits of choosing this Solsea clone is that you can personalize it as per your requirements.