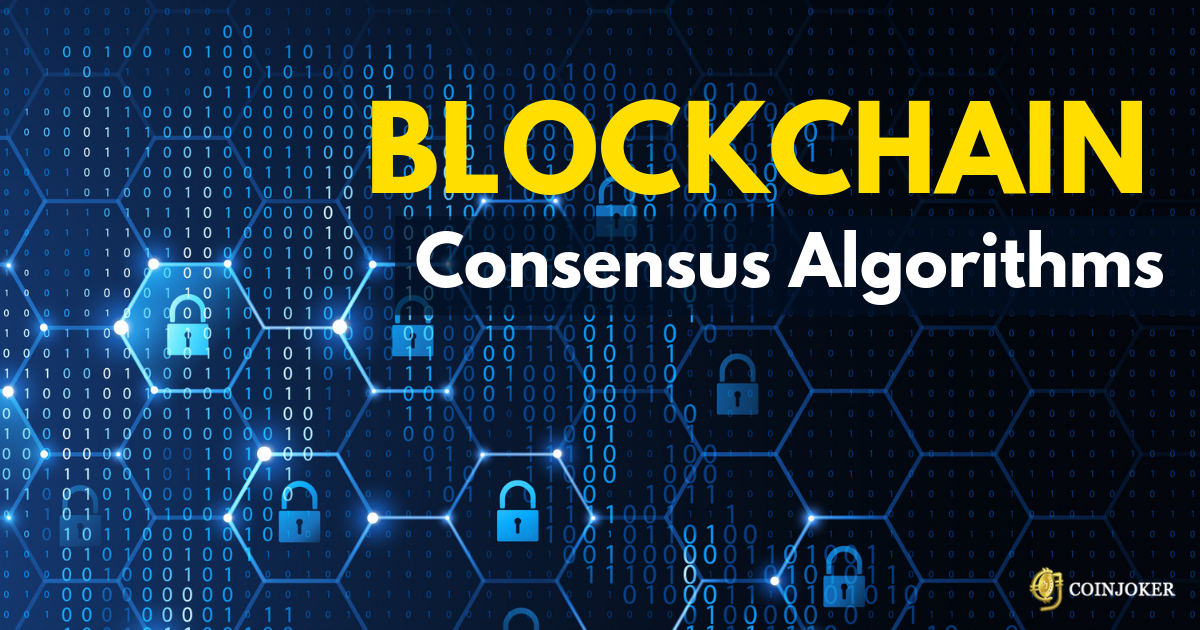 The first thing that came to our mind about blockchain technology is its security, that each and every transaction in the blockchain network can be done secure and verified. Although have you ever thought about why and how it is possible to carry out transactions in a completely secure manner?

Well, Let’s understand blockchain consensus algorithm, its types and why it is needed for cryptocurrency.

Need for consensus algorithm - The major problem of a distributed system is the “Byzantine general problem”, that causes malfunctioning of the consensus system. The consensus system will works effectively when all the nodes in a network work in a balance. Even if a single fault occurs in one node then the whole network gets spoiled. Thus the Consensus algorithm will avoid such type of problem and can be fault tolerant than Byzantine.

This consensus mechanism will not consider whether the participants of the system trust each other or do not trust at all. The mechanisms direct role is to accept certain principles of functioning that would be applicable and beneficial for all.

The consensus algorithm for cryptocurrencies:

In the case of cryptocurrencies, the consensus algorithms are a crucial element of every blockchain network as they are responsible for maintaining the integrity and security of these distributed systems. Proof Of Work is the first cryptocurrency consensus algorithm created and designed by Satoshi Nakamoto, implemented to overcome the Byzantine faults, which allows the creation of bitcoin as a Byzantine fault tolerant system. It means that the bitcoin blockchain is highly resistant to malfunctions. Not only because of the decentralized network but also because of the proof of work algorithm.

Thus there are various types of consensus algorithm in blockchain prospect, some of them are explained below,

It was the first introduced and most popular of all blockchain algorithm, invented by Satoshi Nakamoto. The major principle of this technology is to solve and give out a solution for complex mathematical problems. The Proof Of Work consensus algorithm is most commonly used in bitcoin and it is completely applicable only for public blockchain.inorder to validate the transaction, the miners should get to solve a cryptographic puzzle. The hashrate / computing power will help them to solve that critical puzzle, thus allows them to add a new block to the existing blockchain. The puzzle is extremely difficult to solve and requires computational power or work.

Proof of Stake (those who have more money, governs the network)

Proof of stake was designed to overcome the disadvantages of proof of work. In this type of algorithm, every individual miner can join the mining process using their coin stake. So, the more coins the stake has, more likely the staker will add a new block of the transaction to the existing blockchain. However, holding huge coins will provide a high level of authority.

Delegated Proof of Stake (Those who have more coins/tokens, governs the network)

Delegated proof of stake is nothing but the variation of Proof of stake. The DPOS will give more influence and ownership to the coin holders. In this type of blockchain protocol, the coin holders with more coins can able to elect their delegates called witnesses, who are allowed to add a new block of the transaction to the blockchain.

Easier to get attacks

It was developed by WAVES, a decentralized blockchain platform where the custom token is created. This type of blockchain consensus protocol creates a centralized community within a decentralized platform and allows the smallholders to get their chance of stalking. The coin holder can lease their coins and can get benefit from the leased coins. This coin makes the node stronger or gives more weight, thus increases the chances of being allowed to add a new block to the chain.

It is an extended version of proof of stake, developed by new economy movement(NEM). instead of considering the number of coins that the participants possess, the algorithm recognizes the behavior of the participants who regularly carry out transactions are more likely to find blocks.

Proof of activity is a combination of both Proof Of Work and Proof of Stake. Initially, the system behaves under the algorithm of Proof Of Work - miners race to solve a critical cryptographic puzzle. Then it switches to Proof of Stake - the validated transactions of the particular block get into the blockchain network.

proof of capacity allows the nodes of the blockchain network to use their empty space on the hard drive to mine the crypto coins. The more the capacity/space you have, the better your chance of mining the next block.

No need for dedicated hardware

Drive can be reused

We are a well-reputed blockchain development company, offering a prominent blockchain solution which will lead your business in achieving the next level. Our expert team of professional developers have worked with many clients across the world & delivers the best blockchain solution by utilizing these blockchain consensus algorithms.

Talk to our experts!