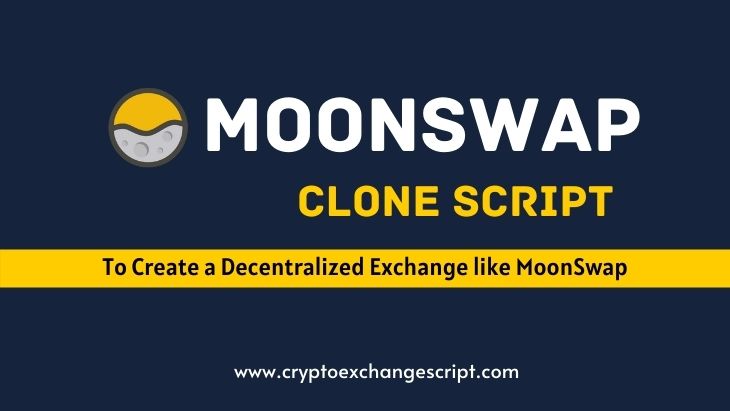 Moonswap Clone Script is a Decentralized Trading Protocol Script built with High-Speed Zero GAS, Based on Conflux Network, Ethereum Layer2 solution Automated Market Maker(AMM) DEX for achieving higher asset utilization. Moonswap clone script runs on the conflux blockchain where the transaction process is entirely seamless that are executed in  are executed within 23 seconds or less.

Get A Free Live Demo of MoonSwap Clone Script

Coinjoker listed some of the enlighted features of moonswap clone script which highlights trading experience in Decentralized Trading Platform.

MoonSwap Transaction Fee
There is a 0.3% fee for swapping tokens on MoonSwap.

0.25% is allocated to liquidity providers
The distribution of liquidity rewards is real-time, and it will be immediately invested in the liquidity pool.

MoonSwaps clone script allows users to trade their tokens — in this case Conflux-based assets — in a decentralized manner without the need for an order book. It achieves this using user-contributed liquidity pools, which are used to provide liquidity to traders.

How MoonSwap Clone Script unique than other DeFi clone?

MoonSwap Clone Script differs from most AMMs in that it is built on Conflux, a high-throughput Chinese-state-backed blockchain that is designed for decentralized applications (DApps). By building on Conflux, MoonSwap clone script allows users to trade their assets with practically zero gas fees, while fast transactions mean slippage is less of a concern.

MoonSwap Clone Script built on the Conflux network though it is secured by a proof-of-work (POW) mining network, which effectively blocks both 51% and re-entrancy attacks to maintain the integrity of the network.
MoonSwap clone script built by smart contracts have been audited by several third-party security firms, including Slowmist and KnownSec — with no vulnerabilities found. The smart contract code built in moonswap clone script for the project is also available to check on the MoonSwap GitHub repository.

What is Conflux Network?

Conflux Network that based on open protocol that aim to fast and secure public blockchain by adopting PoW and tree-graph structure. Conflux Network integration will help moonswap to resolve problem like transaction failure and use of 400GWEI. It simply gives high speed experience automated market maker with cross-chain asset support.

Blockchain
This innovative decentralized blockchain has a high throughput of up to 6,000 transactions per second (tps).

Network Security
It protects the DEX and the entire blockchain from 51% and reentrancy attacks. With such high integrity, traders can conduct transactions on the network without fear.

MoonSwap’s Rewards
MoonSwap gives traders the unhindered platform to contribute to LP pools via their conflux-based assets and even create new ones to maximize profits.

Some of the rewards available for liquidity providers (LPs) include the following:

What is MOON coin?

Get A Free Live Quote of MoonSwap Clone Script