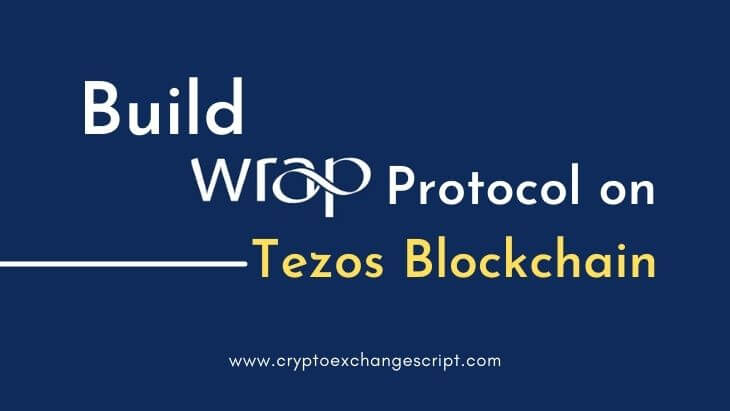 What is Wrap Protocol?

Wrap protocol builds a decentralized bridge between Ethereum and Tezos. Where users can transfer ERC20 and ERC721 tokens from ethereum to the tezos blockchain in a decentralized way.

Through Wrap protocol, users issue wTokens (wrapped tokens) which are representations of ERC20 and ERC721 tokens on the Tezos blockchain. Users wrap these tokens to FA2 tokens on Tezos, and their value is pegged to the original tokens. The tokens are then compatible with most decentralized finance (DeFi) protocols on the Tezos blockchain, such as Quipuswap, Atomex, or Kolibri.

Coinjoker - A Leading Blockchain Development company builds a wrap protocol where users can move their ethereum tokens from ethereum blockchain to tezos blockchain. We build a customized solutions for easy and efficient transactions of ethereum tokens in a secure and decentralized way. We build create your wrap protocol which is open, decentralized finance architecture, marking a milestone in developing an interoperable, open financial system.

$WRAP Token distribution
$WRAP will be issued at launch as an ERC20 then wrapped into an FA2 using Wrap Protocol.
Per our whitepaper, $WRAP will be distributed weekly to:

This means that twice as much $WRAPs will be distributed to users who wrap UNI, USDC, USDT, WBTC, WETH and LINK than users who wrap the other tokens. This distribution is susceptible to change.

The issuance of the Native $WRAP tokens took place concurrently with the launch as ERC20 tokens wrapped into an FA2 using Wrap Protocol. The first batch of $WRAPs will be distributed a month after the launch of Wrap Protocol.

As a decentralized protocol, Wrap relies on a strong federation of users and developers that is set to guarantee its stability. Accordingly, this strong federation will consist of the Signer’s Quorum. They are a group of entities working together to guarantee the stability of the peg between wrapped tokens and their ERC20 counterparts. The founding signers are Bender Labs, MadFish, Bake N Rolls, Baking Bad, and Blockscale. The Quorum will operate with a three of five governance.

The ERC-20 and ERC-271 bridges to Tezos-based FA2 tokens enable Ethereum users to benefit from proof-of-stake today on the Tezos network, which is eco-friendly, cost-efficient, and self-upgradable.

The introduction of the WRAP protocol will enable users to move freely across public blockchain networks.

It encounters competition from layer-two protocols already accomplishing this use-case for users of Ethereum.

Tezos mentioned that the code-based blockchain infrastructure was more beneficial to legacy financial systems because of its transparency and immutability.

Building a self-driving bank for an open financial ecosystem because they believe that financial markets should be transparent, unstoppable, and rely on lines of codes rather than third parties.

Get A Free Consultation From Our Experts About Wrap Protocol