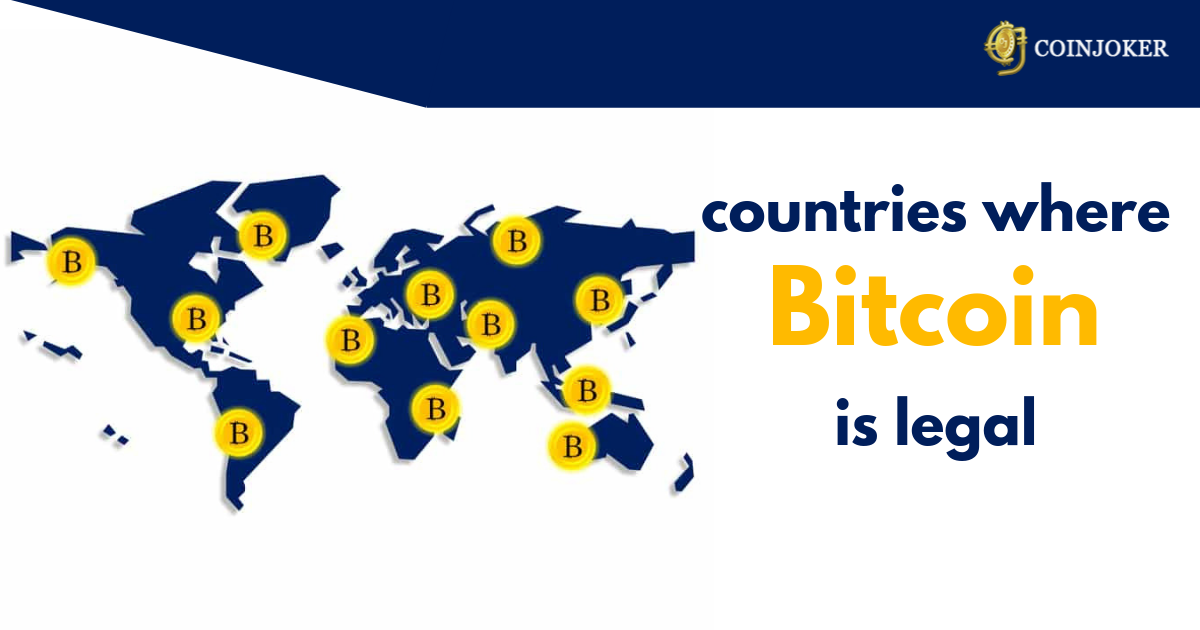 The term “Bitcoin” and the alternative cryptocurrency have been the trend talk of the planet since the decade. You can not leave this cryptographic innovation if you have been a part of the tech industry. Here in this blog we are going to tell you what are the countries and its government legally approved the cryptocurrency in their region.

"India’s Supreme Court on March 04 - 2020,  allowed banks to handle cryptocurrency transactions from exchanges and traders, overturning a ban on such dealings by the central bank that had come as a major blow to the thriving industry".

It was the first step towards embracing cryptocurrency in India, which has the potential of becoming one of the largest crypto markets. After this Court Victory on 4th march 2020, India celebrates its Independence for cryptocurrency and the Indian Exchanges starts Gear Up for the Crypto Trading Surge!

In 2013, the Australian government officially announced that

From this we can be very clear that the cryptocurrency is considered to be the legalized there.

The US officials confirmed bitcoin as the decentralized currency and can be used in any standard upon the users opinion. The country has been pioneer for this virtual currency in 2013. Following this state, the CFTC recognized bitcoin as the valuable property and implied the taxes for it in September 2015. They have also issued the guidance to use that currency and accepted as a form of payment tool in major online platforms.

In the mid 2014, Japanese Government responded to the legal questions regarding the regulation of bitcoins. It implies that there are no laws to restrict the people,legal institutions,financial entities from using and exchanging the bitcoins and other cryptocurrency throught out the country. Later, the payments services act have regulated some of the bitcoin exchanges on the condition that they should keep the record of customers transactions and to ensure customer funds.

In August 2013, the finance ministry of Germany stated that the bitcoin can be represented as the unit of account which can be used for the tax and trading in the country. And the another important rule is that any transactions or purchase made with bitcoin must process VAT as similar to fiat currency.

In the late 2014, the biggest bank of Brazil discouraged the use of bitcoin and cryptocurrency mainly due to the operational risks. But later in 2017, this statement had been reversed by the central bank of Brazil and now the cryptocurrencies are legal in the country.

One of the hub for financial technology innovations, Turkey has the separate position for the cryptocurrencies. The bitcoin is officially legal and recently blockchain conferences, cryptocurrency start up meetings are held in the country.The following graph shows that the bitcoin trading volume in localbitcoins is high inspite of the pricefall.

South Korea has been the home for many bitcoin exchanges like Bithumb,Korbit etc. The people outside of the country are not allowed to use and trade cryptocurrency. But the residents of South Korea can register on exchanges and trade further. The bank and exchanges should be responsible for the transactions and privacy.

Malta the central Eco-system for bitcoin and block chain enterprises. Recently binance has opened its branch operations in Malta legally. The Malta government legally approved the cryptocurrency and its ability to handle, store and process sensitive data in the completely decentralized way.

In 2014, Financial secretary of Hong Kong represented the bitcoin in the council that the Government sanctioned the bitcoins, other cryptocurrency against the organized and Serious Crimes Ordinance. However, the Government is closely watching the usage of bitcoins and its development area.

If you are entrepreneur who wants to start any of crypto startups, blockchain startups in any of these countries, you can contact us. Coinjoker - Bitcoin Exchange and blockchain development company provides quality-centric, cost-efficient and dynamic exchange software development solutions with the help of creative ideas.