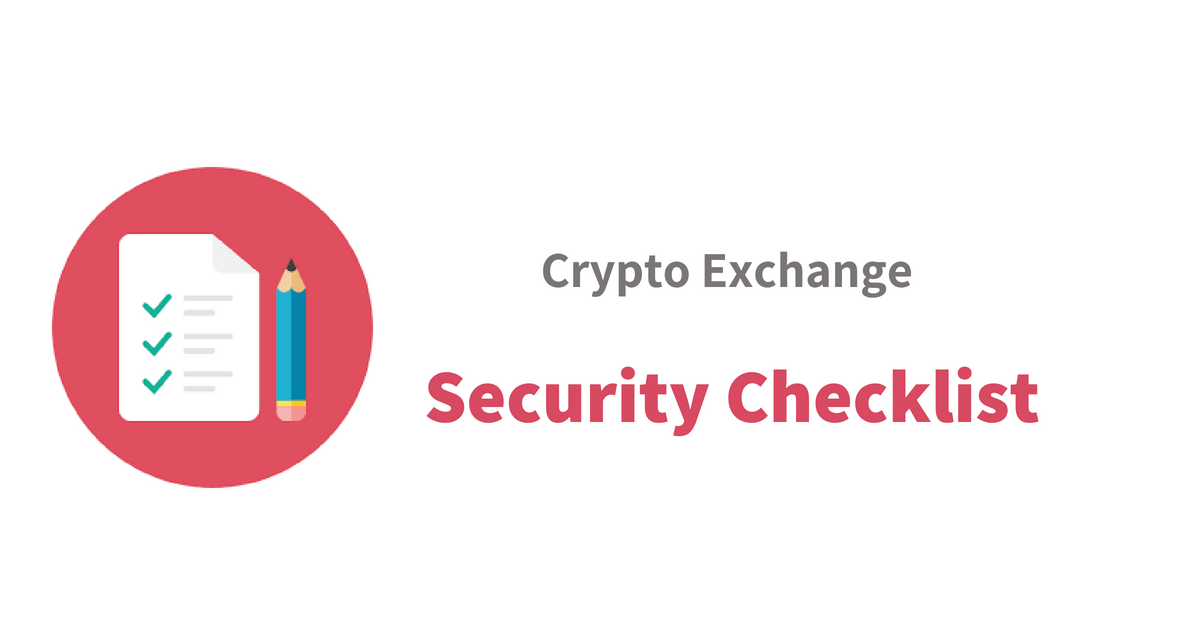 We have covered important security guidelines which should be followed in every cryptocurrency exchanges. The checklist needs to be verified and certified to be the best exchange platform. Here’s the list below.

Cross-Site Scripting Cross-Site Scripting (XSS) attacks are the technique, in which malicious scripts are injected into the exchange websites. Since the code has gain access to the hackers to get all the information from user side. This is causing the unanonymous loss of funds from user wallet.

DDoS protection is a distributed denial-of-service (DDoS) attack is one of the main methods of disruption in the modern day Internet. By overloading a cryptocurrency exchange website with huge traffic, the attacker is able to render a website unavailable.when the exchange is not under DDOS attack, due to the massive amount of transactions in the exchange will reduce its performance.

Exposing Server Information If you are showing the backend information about the software, server, script details used in the exchange, it will create problems. This creates a way for hackers to study your exchange security completely and finding the path to intrude. So, avoid doing this mistake and be confidential about your backend development.

It is the similar to the attack discussed above. It’s nothing but the another layer of protection for preventing the exchange from XSS attack.

HTTP Public Key Pinning (HPKP) is an encrypted security mechanism delivered via an HTTP response which allows HTTPS websites to resist the misuse of websites by attackers using fraudulent certificates. The passwords and user information stored in the exchanges are secured through the socket layer.

Cold storage is the one of the viable methods used to store bitcoins in offline. It can be done by using hardware wallets for storing the currencies. The most protective method is the hard wallet because it involves the stages encryption,multicurrency storage and together with multisignature.

Cryptoexchangescript.com gives ready made crypto exchange software which is well structured by considering the exchanger's minds and future prediction of cryptocurrency business industry and markets with all advanced security features.