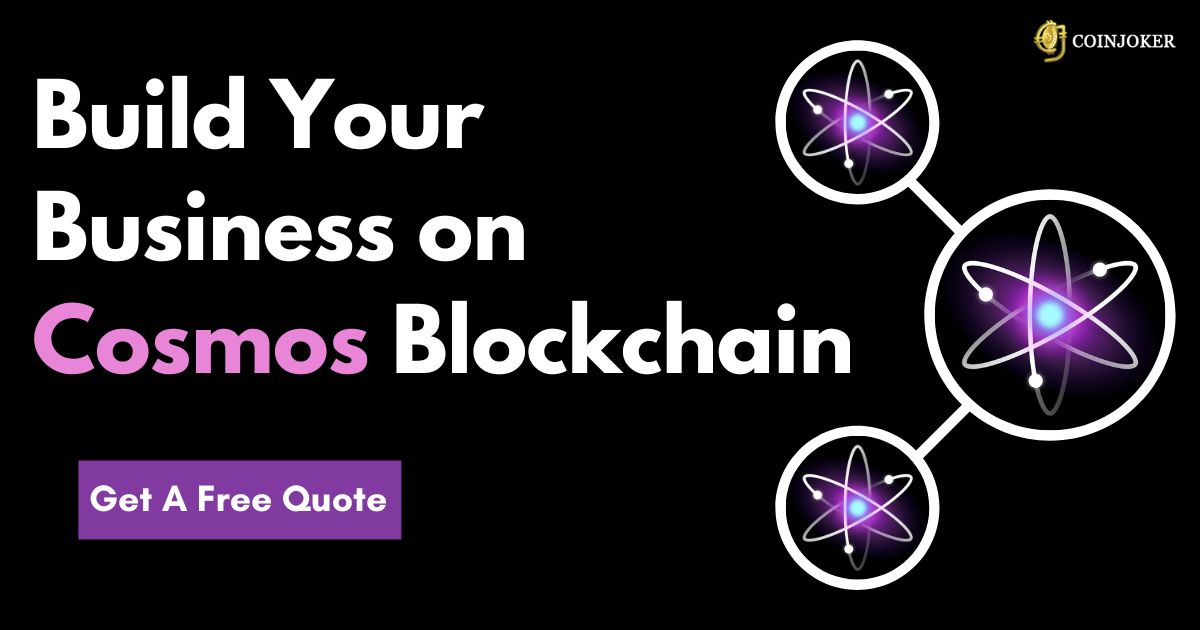 Build Your Own DAPP/DEX with Cosmos Network Blockchain

Having an idea to create cosmos network like blockchain technology for decentralized platform and Dapps development?

Cosmos is nothing but a decentralized network of independent parallel blockchains which are powered by Byzantine Fault Tolerant(BFT) consensus algorithms like Tendermint.

Byzantine Fault Tolerance is a feature of one blockchain’s consensus algorithm which makes it able to achieve consensus in a decentralized environment that could potentially contain malicious consensus verifying nodes in it.

Blockchains are capable of interoperating with each other through the Cosmos Network, the so-called “Internet of Blockchains”. It is also referred to as Cosmos Hub.

Cosmos hub is the first blockchain launched within the Cosmos Network and its main task will be to interlink other blockchains (also known as zones) in the ecosystem. Tokens can be transferred from one zone to another securely and quickly with the help of Cosmos Hub.

Get A Free Quote for Cosmos Blockchain Development !!

Application Blockchain Interface (ABCI) – BFT replication of dapps in multiple programming languages. ABCI is language-agnostic and enables developers to build the application portion of their blockchain in any language. Is the connecting interface between Tendermint Core and Cosmos SDK.

Cosmos SDK – Development resource also known as “Base Coin”. The primary purpose of the SDK is to reduce the complexities in building the ABCI for common blockchain functionality and allowing developers to focus on customizable applications within a standardized framework.

Developers can take this basic frame that has built-in tokens, governance, staking – all the basic features required of a blockchain – and then add desired functionalities through plugins. Basically the application layer of Cosmos Network.

Cosmos Network looks to solve scalability, usability and sovereignty limitations of the current blockchain infrastructure. World’s biggest blockchains, Bitcoin and Ethereum are a prime example of the scalability problem, with the former being able of processing merely 7 transactions per second and the latter struggling with anything greater than 25.

As for usability, it’s a known fact that developers don’t have much flexibility when creating modern blockchain applications; Cosmos implements a multi-layer structure and the go programming language to solve this issue. Finally, the sovereignty issue stems from blockchain applications being heavily dependent on the governance of their underlying environment.

The vision of Cosmos is to make it easy for developers to build blockchains and break the barriers between blockchains by allowing them to transact with each other. The end goal is to create an Internet of Blockchains, a network of blockchains able to communicate with each other in a decentralized way.

With Cosmos, blockchains can maintain sovereignty, process transactions quickly and communicate with other blockchains in the ecosystem, making it optimal for a variety of use cases.

Create Your own Cosmos Blockchain Platform !!

This vision is achieved through a set of open-source tools like Tendermint, the Cosmos SDK and IBC designed to let people build custom, secure, scalable and interoperable blockchain applications quickly.

• Binance Chain is developed by Binance and its community as the basis for a decentralized exchange. Will be used as a token emitting platform of Binance’s Launchpad project.

• e-Money is a European provider of currency-backed stablecoins. The stablecoins are interest bearing and protected by an insolvency fund, which makes them unique in today’s market.

• IOV is a universal protocol between blockchains and wallet users that is making it possible to send, receive and exchange any cryptocurrency from a single address of value.

• IRISnet is designed to be the foundation for next generation distributed business applications. It is a BPoS blockchain, built with Cosmos-SDK, that enables cross-chain interoperability through a unified service model.

• Kava is an Interledger solutions provider bringing blockchains, wallets, and exchanges the interoperability and liquidity of the Interledger.

• Lino is a decentralized autonomous content economy, allowing content creators to determine its value and incentivize contributors in a more direct and effective manner.

• Loom is a Layer 2 scaling solution for Ethereum that includes a network of DPoS sidechains for highly-scalable games and user-facing DApps. Originally started on Ethereum, it decided to take advantage of Cosmos/Tendermint technology in its further development.

• Regen Network is a global community and platform focused on ecological monitoring and regeneration.

• Terra is a price-stable cryptocurrency designed for mass adoption, building financial infrastructure for the next generation of decentralized applications.

• TruStory is a building a social network for experts to identify what information is true and what isn’t in return for tokens.