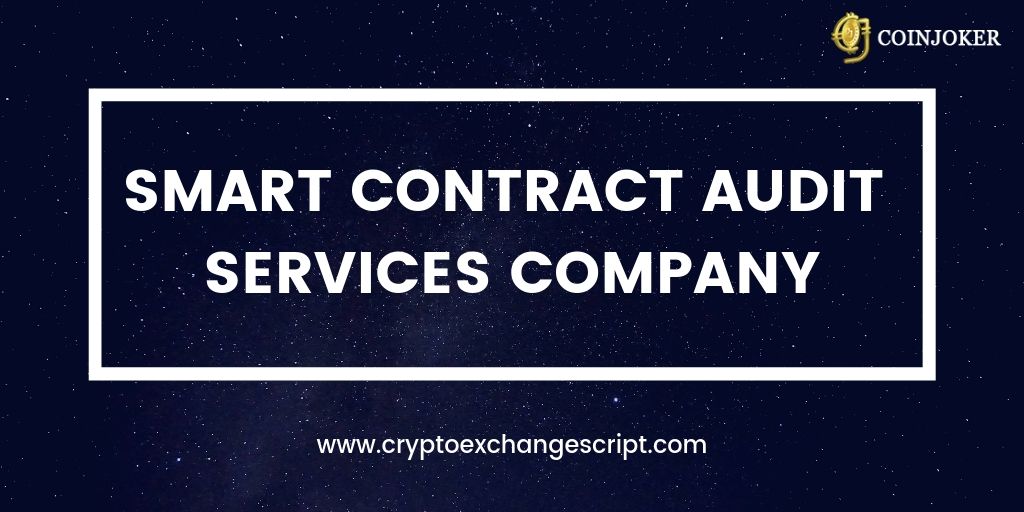 Coinjoker offers a smart contract and smart contract auditing services for your agreement between the wide range of users and always security and trustworthy to the users.

A smart contract is nothing which is similar to the traditional contract in the past physical world, but nowadays digital smartcontract acted and represented by a tiny computer program which is stored inside a blockchain network.

In more technically, Smart contract is a set of software program which prebuild with the combined rules which acts like a manual verification of agreement by negotiating the terms of an digital agreement, automatically verifies and satisfies the fulfillment, and then executes the agreed terms and conditions.

Though smart contract guarantees total automation, decentralization and high transparency for much digital process, but there is need to ensure the security which is done by the smart contract audit.

A smart contract audit is essential if your project is builded with the support of blockchain technology effectively. Even, we had heard the news about some companies that shouldn’t forgo an audit and ended up by getting hacked. Millions of dollars disappeared in this result. You don’t want to make this happen in your site here. You can mitigate the risk?

A professional set of eyes scouring the code helps secure a product.

The main idea of smart contract removes reliance on a third party when establishing business relations, the parties making an digital agreement can transact directly with each other.

Consider the example of a crowdfunding platform where product teams share their projects and collect money from supporters until a goal is reached.

Smart contracts are designed and implemented within blockchains, and therefore they inherit some of the blockchain’s properties:

• Smart contract are immutable, which means a smart contract can never be altered and any one can tamper with it or break the digital contract.

• Smart contract are distributed, which means that the outcome of the contract is validated and verified by everyone in the blockchain network.

Distribution makes it impossible for an attacker to force control to release funds, as all other participants would detect such an attempt and mark it as invalid.

As an alternative to traditional contracts with a central business model, here are the benefits that smart contracts offer businesses

• Resistance to failure. Since businesses aren’t dependent on a third party, no single person or entity is in control of data or money. Decentralization means that even if any individual leaves the blockchain network, the network will continue to function with no loss of data or integrity.

• Fraud reduction. Since smart contracts are stored in a distributed blockchain network, their outcome is validated by everyone in that network. Therefore, no one can in the blockchain can force control to release other people’s funds or data, as all other blockchain participants would spot this and mark such an attempt as invalid.

• Cost efficiency. Smart contract removes intermediaries removes additional fees, allowing businesses and their customers not only to interact and transact directly but also to do so with low to no fees for transactions.

• Constant Record keeping. All smart contract transactions are stored in chronological order in the blockchain and can be accessed along with the complete audit trail.