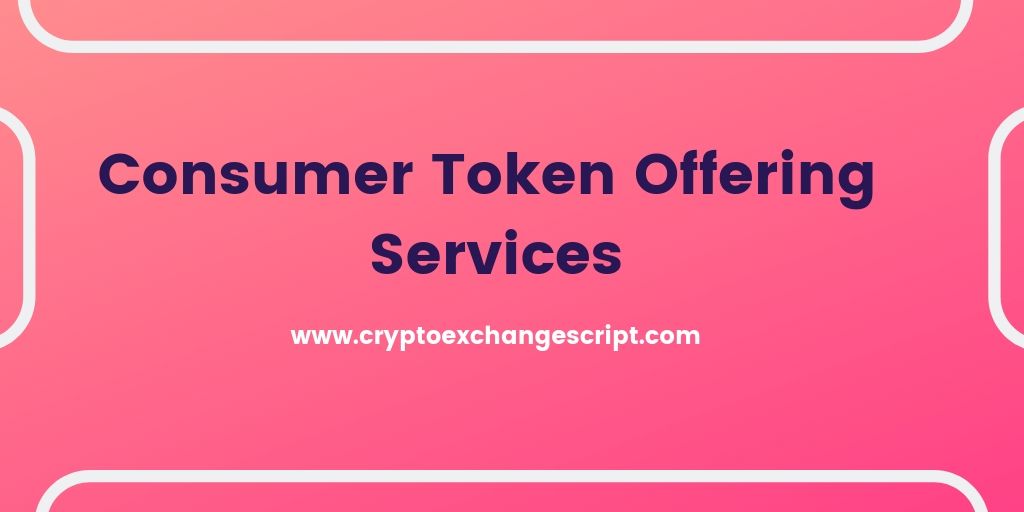 Are you an advanced cryptopreneur? Having an idea to create such recently arrived token like consumer token offering(CTO)?

Fortunately, You have reached the right place to create your own CTO more securely, safely and easily.

Earlier ICO after that there was an STO, but in 2019 it would become the year of CTO (consumer token offering).

How consumer token offering (CTO) is more beneficial than STO?

After that, Security Token Offerings (STOs) overcome the failure model of ICO, STO can be viewed as the more regulatory friendly approach that is, it is an easier way to sell tokens, explicitly as securities, through various SEC-sanctified registration exemptions. But in Security token offering are almost often restricted to accredited investors it also leads to that’s no way to sell a consumer product.

From that STO and CTO, the cryptocurrency space has just moved to the new trendy world consumer token offering (CTO).

What is Consumer Token Offering (CTO)?

CTOs would sell tokens that would not be considered securities. These token sales already have a model to follow that a model established by Civil, funded by ConsenSys.

Consumer token offering design leaves no doubt as to how it was supposed to be used, which means it's clear to everyone that the coin is not an instrument of investment.

The idea behind the consumer token offering is that the tokens will only serve to encourage people to participate in open platforms, which is an innovative and transformative approach.

The main idea is that correctly structured tokens, properly marketed and having a clear use case – cannot be securities. The developers do not claim that those who buy the coin have the potential to generate significant gains in return. Instead, buying the token will allow them to "read news from ethical newsrooms."

The crypto market ended up being disappointed by the ICOs, and regulators around the world repressed it, standing up against crypto startups. Therefore consumer token offering (CTO) had a purpose, as it discouraged fraudsters and eliminated bad projects, while coupons still appeared.

Coinjoker- Cryptocurrency exchange development companydevelops your CTO by in-depth analysis of cryptocurrency market and demand. Our professional team thoroughly gather your requirements and constantly work throughout by advanced technologies in the cryptocurrency market. Our techies will assist you to build your own CTO from scratch and always guides you with 24/7 support.

Ready to create your own consumer token offering (CTO) now?