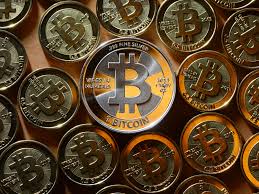 Why Bitcoin Wallet Keep Engaging The Storage Of Blockchain ?

"The first generation of the digital revolution brought us the Internet of information. The second generation — powered by blockchain technology — is bringing us the Internet of value: a new platform to reshape the world of business and transform the old order of human affairs for the better",Most popular motto for Blockchain .

Smith says about this success ,CEO of blockchain : “Hitting this milestone in this particular time is not a coincidence, Awake of Brexit vote,Us Presidential election,We people have seen unprecedented levels of activity & execution in our platform,Which further guides people who wanted the need of new digital currency system”.

Above announcement clearly mentioned,”Important role is waiting in powering the world’s shift to a new open,fair and accessible financial system",Said by CEO.

In new version of Blockchain people can download a software into their computer that lets people can open a digital wallet to store cryptocurrencies.The wallet,In which people can store their bitcoin instead of hold it in Blockchain,can use for daily purchasing.

Bitcoin and Blockchain ,Two words now popularize the cashless mode of payement.Digital asset payment system tries to evolve the universal into next.