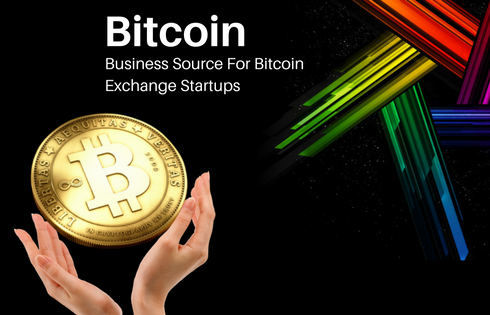 Bitcoin Evolving As a Source For Exchange Businesses!

Bitcoin the decentralized money evolves much more than expected. We can able to realize that the modern era ruled by fiat currencies is gonna end soon. We have to look in closer and watch the growth of bitcoin. Many organizations, Many countries have already taken actions to utilize the source bitcoin, and have planned to make it is a general payment method. Ever before no organizations are willing to announce the bitcoin as a payment method.. but the thing has changed now! Do you ever wonder why this is happening right now? Why do people move towards bitcoin?

Getting some ideas? Let's discuss in detail!

When we compare bitcoin with other fiat currencies it has a lot of security features, and moreover, it has decentralized (i.e) no third party can take action, or control the bitcoin circulation.

Whenever a user has to engage with something new, Everything has to be comfortable and should have more user-friendliness and then the most important thing it should be open source. Thus the bitcoin has satisfied the most of the above things. Before some years people fears to invest with bitcoin. Because it has price volatility, that is the price of the bitcoin has often oscillated with maximum and minimum value.

But people now realized when to invest in bitcoin, people are now capable of predicting the price growth and fall before it has happened, and then they continue to trade with bitcoin. To make a trade or to buy and sell people uses wallets which we called bitcoin wallets. We have already discussed about bitcoin wallets to know more about bitcoin wallets seek to the previous topic.

What is happening around the world in the name of bitcoin?

The first county which often affected by bitcoin is United states. Especially after the inauguration of US president Donald J. Trump, the Value of the US dollar declined continuously due to the several marks made by trump over bicoin regulations. In an interview with wall street journal, trump has stated that the US dollar has decreased by 2.6% in January.

In India, the country has initiated the demonetization process to ban 500, 1000 notes which encourage the people to trade with bitcoin and encouraged them to start a bitcoin exchange website.

What should we need to learn from the growth of bitcoin?

Now we should understand that bitcoin provides a lot of business opportunity. Because it has created a lot of demand and earns a lot of popularity among countries and people, so we have to analyze what are the business factors in which a person can involve, and hence this will be a chance for people to head into bitcoin community.