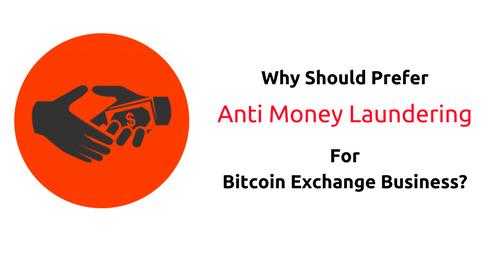 In some top countries, notably the United States, probably not.

Will the authorities hate bitcoin?

Emphatically the answer is yes, and they will use for Bitcoin's affordances. For example: money-laundering to justify their unfriendliness.

Do you know money laundering ? Let discuss about money-laundering and its causes.

In order to prevent illegal activities in bitcoin industry, there several laws and guidance were announced globally.

According To Bitcoin Securities and Laws :

From the past few years, many federal regulatory bodies including the FinCEN of the U.S. Department of the Treasury, IRS ( Internal revenue service) , and the CFTC ( Commodity Futures Trading Commission ) were released statements regarding the regulation of digital currencies in response to the rise in criminal activities surrounding Bitcoin.

the IRS sent out a biggest notice which defined Bitcoin as a convertible digital currency that functions as a medium of exchange & operates like ‘actual currency but bitcoin does not have legal tender status in any authority.

Bitcoin and other cryptocurrencies are treated as property for federal tax purposes rather than being treated as actual currency.

the CFTC issued order which defined bitcoin and other crypto currencies are to be defined as commodities. Bitcoin trading platform that was illegally connecting between contract buyers and sellers.

Governments have a powerful imperative to fight fraud activities, money laundering, terrorist funding , corruption and ignoring these rules will invite a crackdown by the authorities. While the technologies are new, we have to focus and follow some laws for the field. There are a lot of regulations followed in bitcoin exchange business. Existing regulations are already in place to protect investors and prevent fraud and also ensure illicit funds does not get laundered.

After the several regulations and guidance , Anti Money Laundering law was introduced in order to prevent illegal money laundering activities in bitcoin exchange network. As a business owner or investor, you should know about the AML ( Anti-Money Laundering ) for your future business.

Why AML Integration becomes important for a bitcoin exchange business ?

Bitcoin is legal in some top countries. Many business people consider bitcoin exchange business is one of the biggest opportunities in their lifetime. Billions of dollars roll in Bitcoin , Ether, other cryptocurrencies and new ICO's (Initial Coin Offerings) in cryptocurrency exchange platform. And additionally it has margin trading, margin lending and leverage trading in their platform.

As bitcoin has been around since 2009, it is already covered by some security laws. In the beginning, bitcoin related business had few lovers and has no rules and regulations. But, as the cryptocurrency value get higher, involving more business people and entrepreneurs, a legal framework begins to take shape. Actually there’s no doubt that even more innovation will happen in bitcoin exchange business, with a whole host of other regulatory questions to consider.

Nowadays, Bitcoin trading / exchange business is less accessible because there are dozens of Bitcoin exchanges, a particular user or trader has to set up an account on each individual exchange, and many business people are hesitant to trade Bitcoin and other cryptocurrencies because of its past involvement in illegal activities and unwanted cases.

Heavy rules and regulations could possibly lead to Bitcoin exchange / trading business and gaining more credibility as a viable bitcoin and its open the door for many other avenues of positive business influence.

If you are interested to start bitcoin exchange business or running business without security features means, coinjoker (bitcoin exchange script with AML integration and advanced security service) is the best choice for your future business success.

Get more details about security features and free consultations about AML integration for your business.